By jleopoldJuly 21, 2022Trucking Information
No Comments 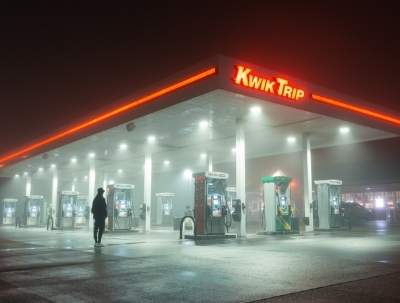 At the start of 2022, fuel prices were on the rise due to a combination of inflation, product scarcity, slowed production dating back to 2020, and other factors. Some market analysts projected the fuel could reach as high as $5 per gallon by the summer of this year. Almost like clockwork, diesel fuel prices surged to upwards of $5 per gallon in Texas and many other states throughout the US last month. Some carriers are now budgeting roughly $85,000 more per week to cover fuel expenses. Between skyrocketing diesel prices and spot rates dropping, the trucking industry is in a very tight spot.

Over the course of the conflict with Ukraine, the European Union agreed to ban roughly 90% of the petroleum imports from Russia by the end of 2022. This has shades of the Cold War of the 20th Century where Russia’s aggression against the Western World caused the prices of imports to spike. Between imported products and Russia’s long-time antagonistic stance towards the United States and its allies, the area where these price wars are being felt the most is at the pump. Compared to just a year ago in 2021, diesel prices have risen by about 70%.

High prices at the pump are not just the result of international aggression. Some distributors and retailers have intentionally raised their prices to take advantage of desperate carriers and owner-operators. This happened a little over a year ago, when the Colonial Pipeline was hijacked with a ransomware attack. Gas stations were caught artificially raising their prices because of the brief bottleneck caused by the incident. There was even legislation drawn up to help protect the trucking industry and others from price gauging. The bill was largely supported by citizens and industries in the United States, and even passed in the House, even though the votes fell along party lines. There is hope that the legislation will get passed in the Senate, but if the voting at that stage is aligned with the votes in the House, fleets and owner-operators may be at the mercy of price gouging for a long time.

Finding Innovation in a Crisis

The increase in diesel fuel prices has made options that were once on the fringe of the trucking industry suddenly seem like viable solutions. Autonomous vehicles, or AVs, have once again come to the forefront, with support to varying degrees. On the extreme end, proponents of AVs like to point to the fact that the trucks are electric, and would greatly reduce fuel expenses. Existing drivers are concerned that they will be laid off en masse, but the truth is that they would become necessary human “copilots” in case something happens during a haul, or to navigate on a granular level once an automated truck goes off a major route and into cities and towns. On the other end of the scale, carriers and owner-operators are looking at electric vehicles and EV conversion kits so they can avoid the cost at the pump and get long-term savings from electric power. Additionally, some EVs are equipped with solar panels, giving trucks a constant source of power without needing to stop off at a charging station.

Not all fleets and owner-operators have the capital on hand to overhaul their trucks for electric vehicles. At the same time, diesel prices are getting out of hand, and expenses need to be reined in until legislation is passed in the senate to eliminate price gouging. To mitigate diesel expenses, fleets and owner-operators are using fuel discount programs. Single Point Capital provides the most aggressive pricing on fuel at thousands of locations throughout the United States, as well as wholesale purchases. We also offer fuel lines of credit up to 20% of your monthly revenue to offset costs and provide a reliable source that grows with your fleet. Our fuel cards can be used anywhere MasterCard is accepted, and we provide mobile apps to help manage fuel expenses.

If you are looking to get out in front of soaring diesel prices before they place a severe strain on finances, reach out to the team at Single Point Capital and ask about our fuel discount program.

ATRI Releases Priorities for the Trucking Industry in 2022

ATRI Releases Priorities for the Trucking Industry in 2022